The Benefits of Nature's 'Wonder Drug' Hi there! *smiles*
Today I would like to talk about tea, about its kinds and benefit, facts and all.
Actually, all tea comes from the same basic plant called Camellia sinensis. Its differs arise from the processing, growing conditions, and geography, and eventually could be divided into five basic categories: black, green, oolong, white, and pu-erh.
Black tea is allowed to wither, which precedes a process called oxidation (sometimes incorrectly referred to as fermentation) during which water evaporates out of the leaf and the leaf absorbs more oxygen from the air. Black teas usually undergo full oxidation, and the results are the characteristic dark brown and black leaf, the typically more robust and pronounced flavors of black teas, and, when brewed appropriately, a higher caffeine content compared to other teas (50-65% of coffee, depending on the type and brewing technique).
Some benefits of Black Tea are:
1.Black Tea saves arteries.
Drinking black tea helps prevent deadly clogging of arteries and reverses poor arterial functioning that can trigger heart attacks and strokes. In arecent test, Joseph Vita, M.D., of the Boston University School of Medicine, had heart patients drink either plain water or four cups of black tea daily. In a month, impaired blood vessel functioning (a risk factor for heart attack and strokes) improved about 50% in the black tea drinkers.
2. Black Tea inhibits cancer growth.
Tea has long been tied to a lower risk of stomach, colon and breast cancer, although the connection is not proven. Now lab studies find that black tea chemicals actually may stop cancer growth. Rutgers University researchers showed that a compound in black tea called TF-2 caused colorectal cancer cells to "commit suicide"; normal cells were unaffected.
3. Black Tea tames inflammation.
TF-2, the newly discovered anti-cancer compound in black tea, suppresses the Cox-2 gene that triggers inflammation, says research at Rutgers.
4. Black Tea wipes out viruses.
Previous tests prove black tea can neutralize germs, including some that cause diarrhea, pneumonia, cystitis and skin infections. New research by Milton Schiffenbauer of Pace University finds that black and green tea deactivates viruses, including herpes. When you drink tea, he says, chances are good you will wipe out viruses in your mouth.
Green tea is allowed to wither only slightly after being picked. Then the oxidation process is stopped very quickly by firing (rapidly heating) the leaves. Therefore, when brewed at lower temperatures and for less time, green teas tend to have less caffeine (10-30% of coffee). Greens also tend to produce more subtle flavors with many undertones and accents that connoisseurs treasure.
The benefits of Green Tea are following:
1. Green Tea lowers the risk of cancer
Many studies have shown that people who drink green tea have significantly lower risk of cancer. Green Tea polyphenols are potent antioxidants, especially in the brain. Some studies show that the polyphenols most prevalent in green tea, the catechins, are far more potent in suppressing free radicals than vitamins C or E.
2. Green Tea lowers cholesterol and thus, the risk of stroke and heart diseases
Green Tea has been shown to lower LDL cholesterol and serum triglyceride levels. The potent antioxidant effects of green tea inhibit the oxidation of LDL cholesterol in the arteries. It plays a major contributory role in the formation of atherosclerosis.
3. Green Tea lowers blood pressure.
Green Tea blocks the effects of angiotension-converting enzyme (ACE), an enzyme secreted by the kidneys, which is a significant cause of hypertension. By blocking the effects of ACE, blood pressure is reduced significantly, and with it, the risk of heart attacks and strokes.
4. Green Tea Prevents Tooth Decay
The formation of dental plaque, bacterial colonies that form on tooth surfaces causing tooth decay, has been shown to be inhibited by catechins. Tea has been shown to inhibit Streptococcus mutans, a major bacteria involved with decay. A reduction of the bacterial cell membrane fluidity, induced by the catechins, results in the antiplaque activity. Tea also has been shown to have a positive effect in fighting gum disease.
5. Green Tea inhibits viruses.
Green tea has been known to lower blood sugar levels. It can also kill certain bacterias and is effective against staph. Green tea inhibits several viruses including viral hepatitis. Green tea, via catechins and theaflavins and its gallates, have shown antibacterial properties.

Oolong tea (also known as wulong tea) is allowed to undergo partial oxidation. These teas have a caffeine content between that of green teas and black teas. The flavor of oolong (wulong) teas is typically not as robust as blacks or as subtle as greens, but has its own extremely fragrant and intriguing tones. Oolongs (wulongs) are often compared to the taste and aroma of fresh flowers or fresh fruit.

White teas are the most delicate of all teas. They are appreciated for their subtlety, complexity, and natural sweetness. They are hand processed using the youngest shoots of the tea plant, with no oxidation. When brewed correctly, with a very low temperature and a short steeping time, white teas can produce low amounts of caffeine.
Its benefits are:
1. White Tea may help prevent heart ailments.
2. White Tea can fight stroke by reducing the accumulation of cholesterol in the bloodstream.
3. White Tea can lower blood pressure and improve the function of the arteries.
4. White Tea may help fight cancer by attacking the free radicals that inflict damage in the cellular level.
5. White Tea promotes strong bones.
6. White Tea contains high amounts of anti-bacterial and anti-viral agents thereby promoting general well-being.
7. White Tea promotes healthy teeth and gums.
8. White Tea helps in protecting the skin from damage and may even reverse some of the damage wrought by free radicals.
9. White Tea may reduce blood sugar and help alleviate the symptoms of diabetes.
Pu-erh is an aged black tea from China prized for its medicinal properties and earthy flavor. It is perhaps the most mysterious of all tea. Until 1995 it was illegal to import it into the U.S., and the process of its production is a closely guarded state secret in China. It is very strong with an incredibly deep and rich flavor, and no bitterness, and an element that could best be described as almost peaty in flavor
Pu-erh too has some benefits, such as:
1. Pu-erh tea is known to help lower blood cholesterol levels.
2. Pu-erh tea may help boost the flow of blood and help enhance circulation.
3. Pu-erh tea may help inhibit the formation and growth of cancer cells.
4. Pu-erh tea aids in the proper digestion of food.
5. Pu-erh tea may help invigorate the spleen.
6. Pu-erh tea is known to help break down and thus reduce fat in the system.
7. Pu-erh tea may help remove toxins.
8. Pu-erh tea may help heal aches and pains.

Many thanks for TeaSource and TeaBenefits for the information. *smiles*
So, how about it, everyone? Hope this information can make you love tea more. *grins* Pick your choice, and have their benefits on you.

A Poetry From My Old-Self

I was visiting my old blog and surprised that it is actually still there. Deciding to read thru the entire blog, I found out this one poem I made up when I was a freshman at highschool. I read it, and, wow, I don't even remember that I've ever made it! And the choices for the word.. Hahahah, never thought I had it in me then, actually.

The poem is in Indonesian, so.. sorry for those who cannot understand. There are plenty of Indonesian translator out there, no? *grins*

Hummm, now that I've read it once again, it sounds a bit emo. *sweatdropped* I don't know why but I tend to pick up anything dark for my poem, though I believe I'm far from dark myself (ask my friends, they would say that I'm cheerful indeed! *laughs*). 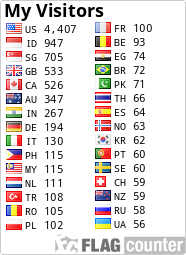 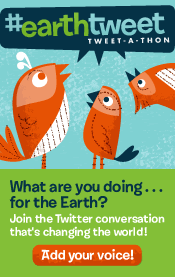